The win Spain desperately needed came after 94 minutes of desperate, sprinting, all-out soccer that yielded only one goal and very nearly another. La Furia Roja defeated Iran, 1-0, to earn a much-needed three points in Group B and keep alive its hopes of advancing to the World Cup’s knockout stage.

The result left Portugal and Spain tied atop Group B, with Iran one point behind. Only two teams can advance, and only one match remains for each team in the group stage. Spain is guaranteed to advance with at least a draw against Morocco on Monday.

Iran committed to defending Spain’s possession attack for much of the game, allowing La Furia Roja to complete 720 passes and control the ball for 68 percent of the game. That proved too much for even Team Melli’s best defensive effort.

In the 54th minute, Andres Iniesta beat two defenders and caught Iran’s back line out-numbered around the 18-yard box. He played a nice pass into the box to Diego Costa, who controlled the ball and spun between two defenders. One tried to make a tackle and instead flicked the ball off Costa’s shin and then past Alireza Beiranvand, the goalkeeper, to open the scoring. 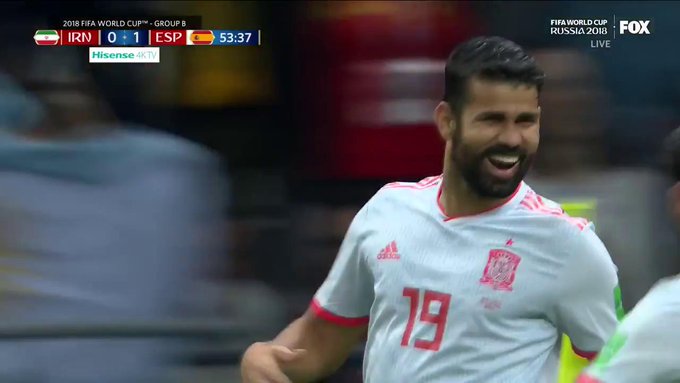 Iran looked like it had a response 10 minutes later after earning a free kick in the attacking half. The ball fell into the box undefended and wound up in a scrum until Saeid Ezatolahi found it and struck it past Spanish keeper David de Gea, inciting a frenzy in the Iranian technical area and on the field.

Leave a reply Click here to cancel the reply

We're not around right now. But you can send us an email and we'll get back to you, asap.